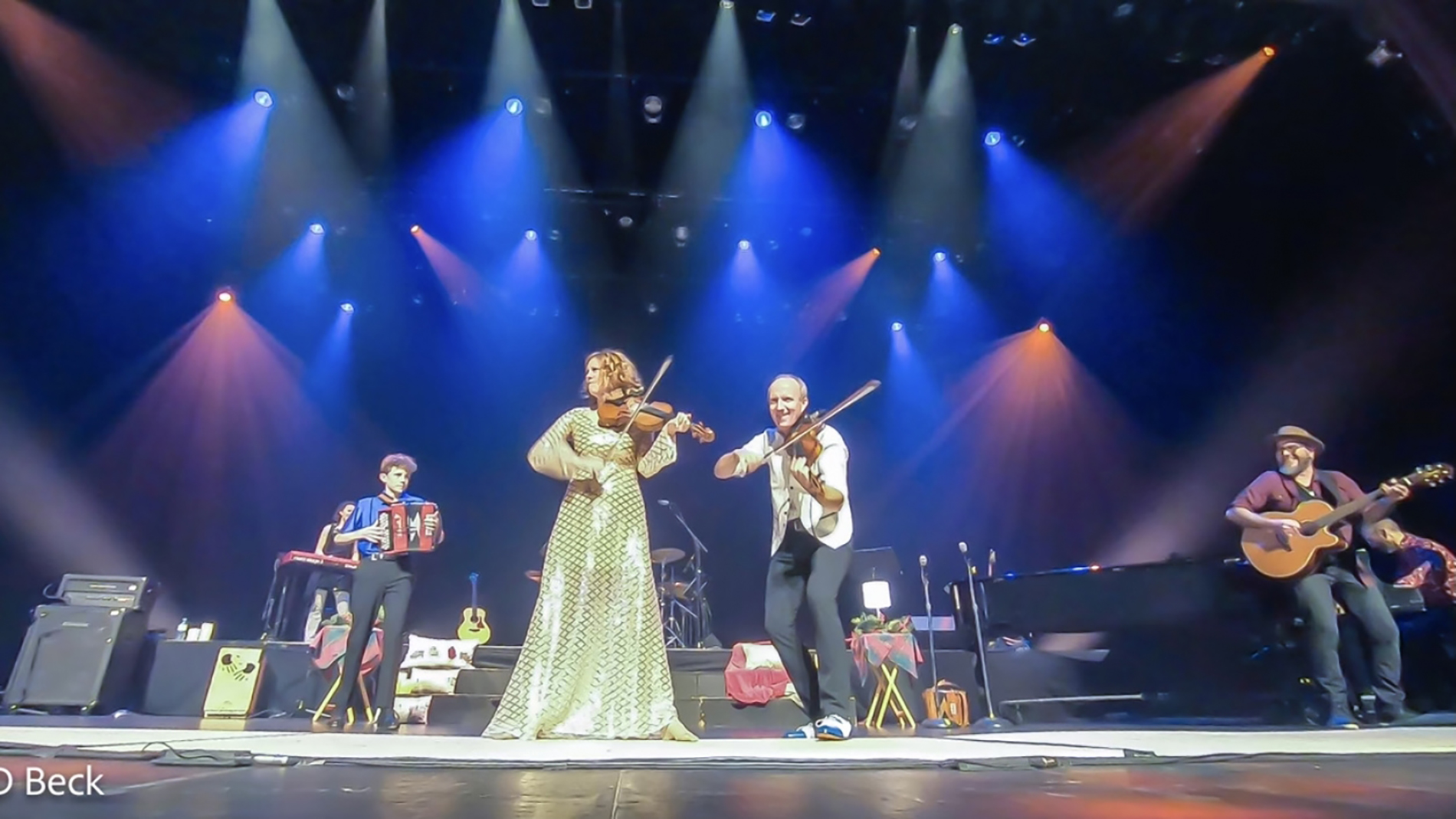 The holidays truly become a family affair when married duo Natalie MacMaster and Donnell Leahy — two of the globe’s best and brightest fiddle players — invite their children onstage for an unforgettable evening of holiday fun.

ACCOMMODATION STATEMENT: Appalachian is committed to providing an inclusive experience for individuals with disabilities. If accommodations are needed in order to fully participate on the basis of a disability, contact the Office of Disability Resources (828.262.3056). It is recommended that accommodation requests be made two weeks prior to the event.

ABOUT NATALIE MACMASTER and DONNELL LEAHY

Hearing Natalie MacMaster and Donnell Leahy speak reverentially about the fiddle, which has propelled their dazzling careers since childhood while cementing their status as Canada’s reigning couple of Celtic music, is almost as electrifying as hearing them play it.

Indeed, when MacMaster and Leahy married in 2002 — both were already stars in their own right — they could not have predicted their merger would recast what contemporary musical success looks like. Or that they would produce a large family and ensure their mantelpiece was jammed with JUNO and East Coast Music awards while creating an inventory of achievements spanning the globe.

They certainly couldn’t have imagined capping off what they jokingly refer to as their combined 83 years as performers with milestones including another hotly anticipated Christmas tour, an accompanying TV special, and last but certainly not least, the arrival of Maria, newest sib to Mary Frances, Michael, Clare, Julia, Alec and Sadie.

“I’m continually amazed by what the fiddle has brought to my life,” MacMaster offers. “It has carried me through my childhood, through my teens, my young adult life, my married life and now motherhood. And I still love it as much as ever. Same with Donnell. It’s unexpected and awesome.”

Though MacMaster and Leahy followed different trajectories to this point — she a Cape Breton native who could step-dance before she could walk, he the oldest brother of acclaimed family group Leahy — both have confidently crested the traditional music peak.

Their synergy was brilliantly showcased on the pair’s first recorded collaboration, 2015’s Bob Ezrin-produced album One, a crowning achievement complementing combined album sales of over one million, a CV listing cellist Yo-Yo Ma, bluegrass star Alison Krauss, and banjo ace Béla Fleck as past collaborators (and Shania Twain and The Chieftains as fans), plus a devoted audience stretching from Sydney, Nova Scotia to Sydney, Australia.

“The fiddle was definitely common ground for us when we first got together,” recalls MacMaster. “But I was so in awe of Donnell’s family, of 11 siblings who could play and had a family band. And here I am now doing almost exactly the same thing. Well, kind of.”

MacMaster is referring to her and Leahy’s seven gifted children, five of whom are often the showpiece of the MacMaster/Leahy live set, though not because the couple necessarily envision showbiz careers for the kids. Rather, the pair realized early on that being on the road without their kids was infinitely harder than touring with them. That the children were already being home-schooled (MacMaster has a teaching degree) made enacting that decision easier.

“Initially we were reluctant to let the kids perform. We worried the expectations might be too much,” Leahy says. “But then one night we put Mary Frances on stage. Soon after that Michael wanted to play. And you must reward practice.”

As Leahy explains, the family was initially pondering participation in a 13-episode docuseries. “Although we are public people, we are also very private and we were unsure about having cameras in our home and following us around. So the Christmas special is a kind of test run.”

In it, a spirited performance anchors a wider narrative chronicling the family at home, in their community, and “doing what we normally do around Christmastime.” Meanwhile, the Celtic Family Christmas Tour — which contains a theatrical element that will thrillingly traverse time and continents while contextualizing the music and its players — confirms the duo as powerhouses on the seasonal circuit. 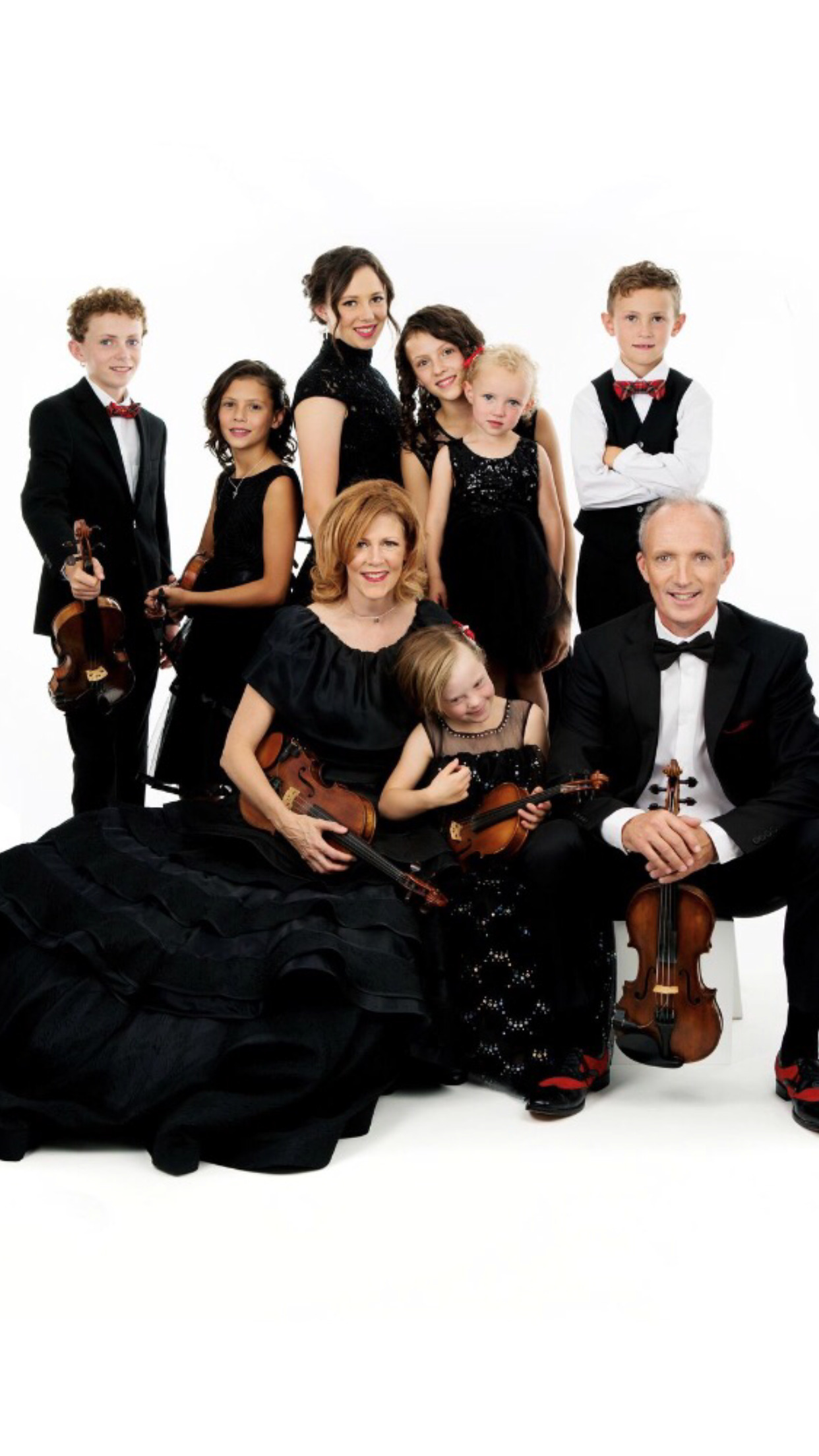