Lucy Loves Desi: A Funny Thing Happened on the Way to the Sitcom

The hilarious, true story behind one of America’s most beloved TV comedies.

L.A. Theatre Works — Lucy Loves Desi: A Funny Thing Happened on the Way to the Sitcom tells the hilariously true behind-the-scenes story of I Love Lucy. Playwright Gregg Oppenheimer – son of the show’s creator, Jess Oppenheimer – spins this witty tale of Lucy and Desi’s battles with CBS, from who would play Lucy’s husband to whether Lucy could really be seen pregnant on TV. With their daughter, Lucie Arnaz, serving as advisor, Oppenheimer’s comedy brings as much heart and humor to the stage as an episode of I Love Lucy itself.

ACCOMMODATION STATEMENT: Appalachian is committed to providing an inclusive experience for individuals with disabilities. If accommodations are needed in order to fully participate on the basis of a disability, contact the Office of Disability Resources (828.262.3056). It is recommended that accommodation requests be made two weeks prior to the event.

Playwright Gregg Oppenheimer, son of I Love Lucy creator Jess Oppenheimer, spins this fast-paced, witty tale of Lucy and Desi’s battles with CBS over the pioneering ideas that changed the face of television forever.

For one, Lucy insisted Desi Arnaz, her Cuban-born bandleader husband, be her TV co-star instead of the “All-American” leading man preferred by the network. Additionally, the couple wanted the show filmed in Hollywood, where they planned to raise a family, not broadcast live from New York like other major TV programs of the time. They demanded and won the right to own the show themselves. Their writers incorporated Lucy’s real-life pregnancy into the program’s story line—an absolute taboo in 1950s America—resulting in the highest audience share ever recorded. And they proposed the unheard-of notion of airing “reruns” on the network to accommodate Lucy’s mid-season maternity leave—an experiment that ultimately turned the entire TV industry’s business model on its head.

Lucy Loves Desi: A Funny Thing Happened on the Way to the Sitcom tells all of these stories and more, with as much heart and humor as an episode of I Love Lucy itself. This crowd-pleasing show, written for L.A. Theatre Works, played to sold-out houses during its world premiere run at the James Bridges Theater in Los Angeles in 2018.

Gregg Oppenheimer, who co-authored his father’s memoir, Laughs, Luck…and Lucy, and produced the award-winning I Love Lucy DVD series, is one of the world’s foremost authorities on this classic sitcom. He received valuable input on this project from Lucy and Desi’s daughter, Lucie Arnaz, who served as technical advisor.

Under the leadership of Producing Director Susan Albert Loewenberg, L.A. Theatre Works (LATW) has been the foremost radio theater company in the United States for four decades. L.A. Theatre Works is broadcast weekly in America on public radio stations, daily in China on the Radio Beijing Network, streamed online at www.latw.org and aired internationally on the BBC, CBC and many other English language networks.

LATW has single-handedly brought the finest recorded dramatic literature into the homes of millions. On the road, LATW has delighted audiences with its unique live radio theater style performances in over 300 small towns and major cities, including New York, Boston, San Francisco, Washington, Chicago, Beijing and Shanghai. An L.A. Theatre Works performance is immediate, spontaneous and features a first-rate cast, live sound effects and a connection to the audience rarely felt in a traditional theater setting. 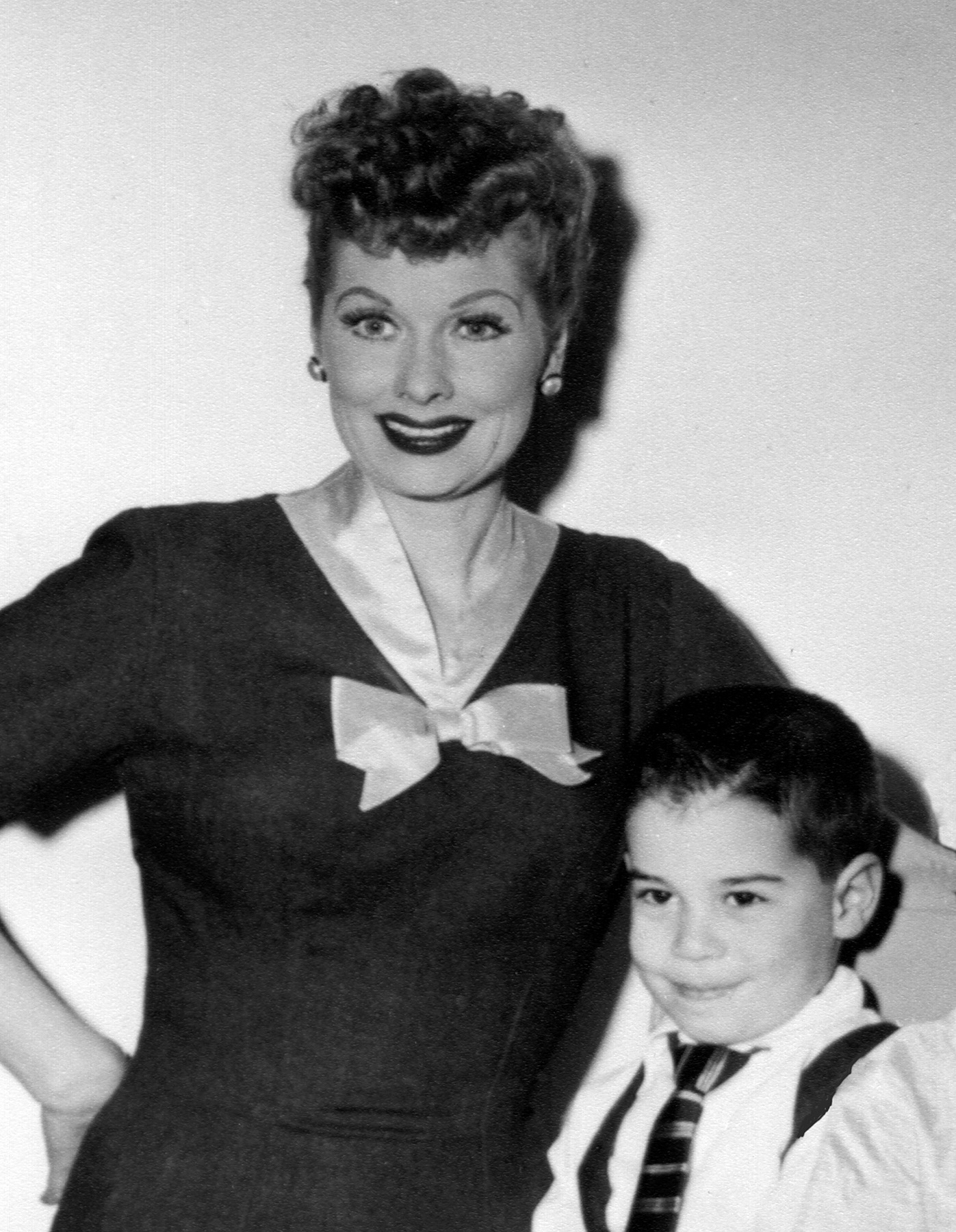 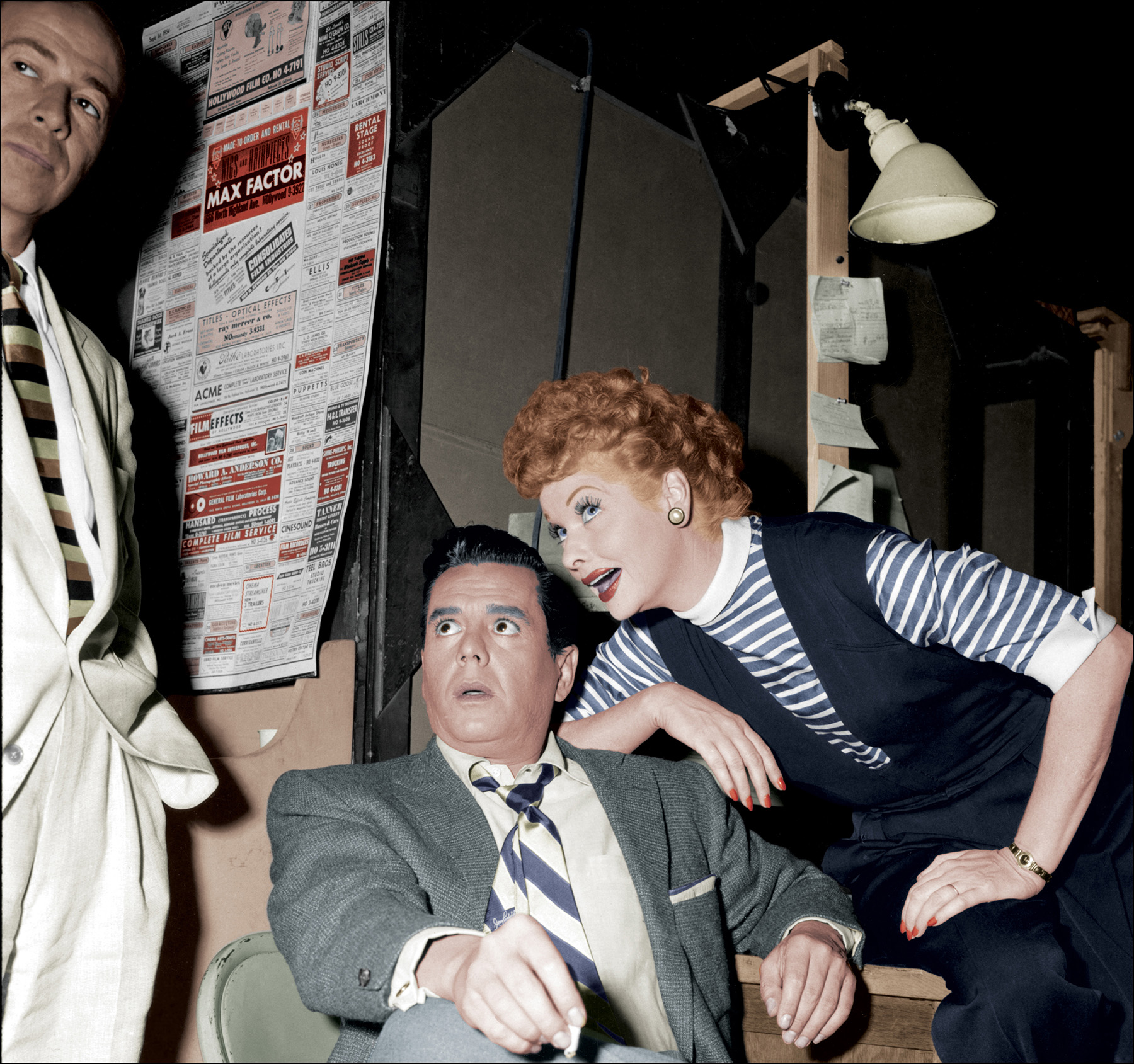 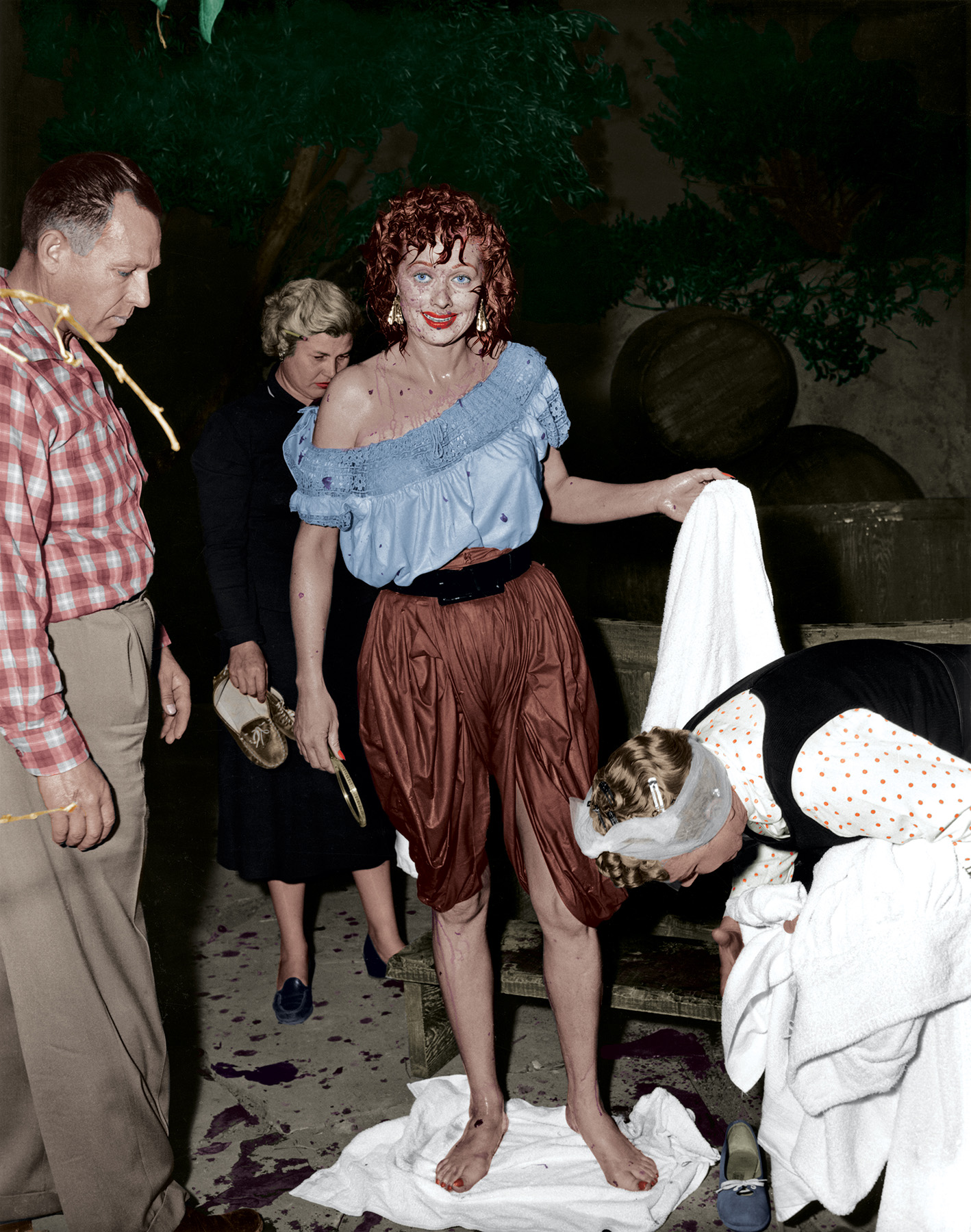 1956: Lucille Ball needs to be cleaned up after I Love Lucy’s famous “grape-stomping” scene.