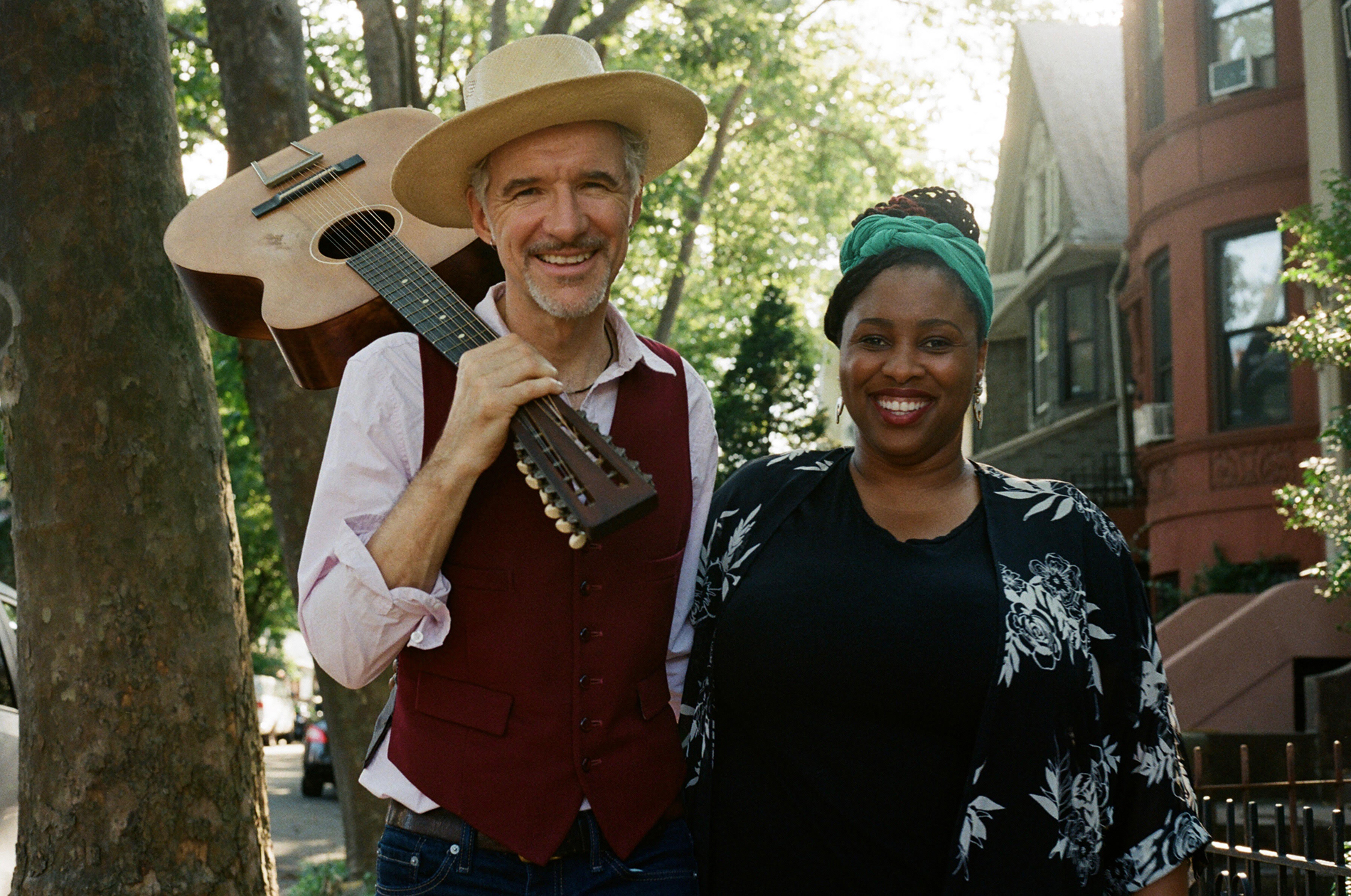 Dan + Claudia Zanes introduce young people to songs and the stories behind them while providing creative ideas to help everyone find their way inside the music. The videos are uplifting and interactive; part concert, part history lesson; part music class, part campfire sing-along dance party. Dan + Claudia draw from their wide range of musical and cultural knowledge to offer young people of various ability levels a chance to experience music in a way that feels exciting, healing, relevant, and totally enjoyable! 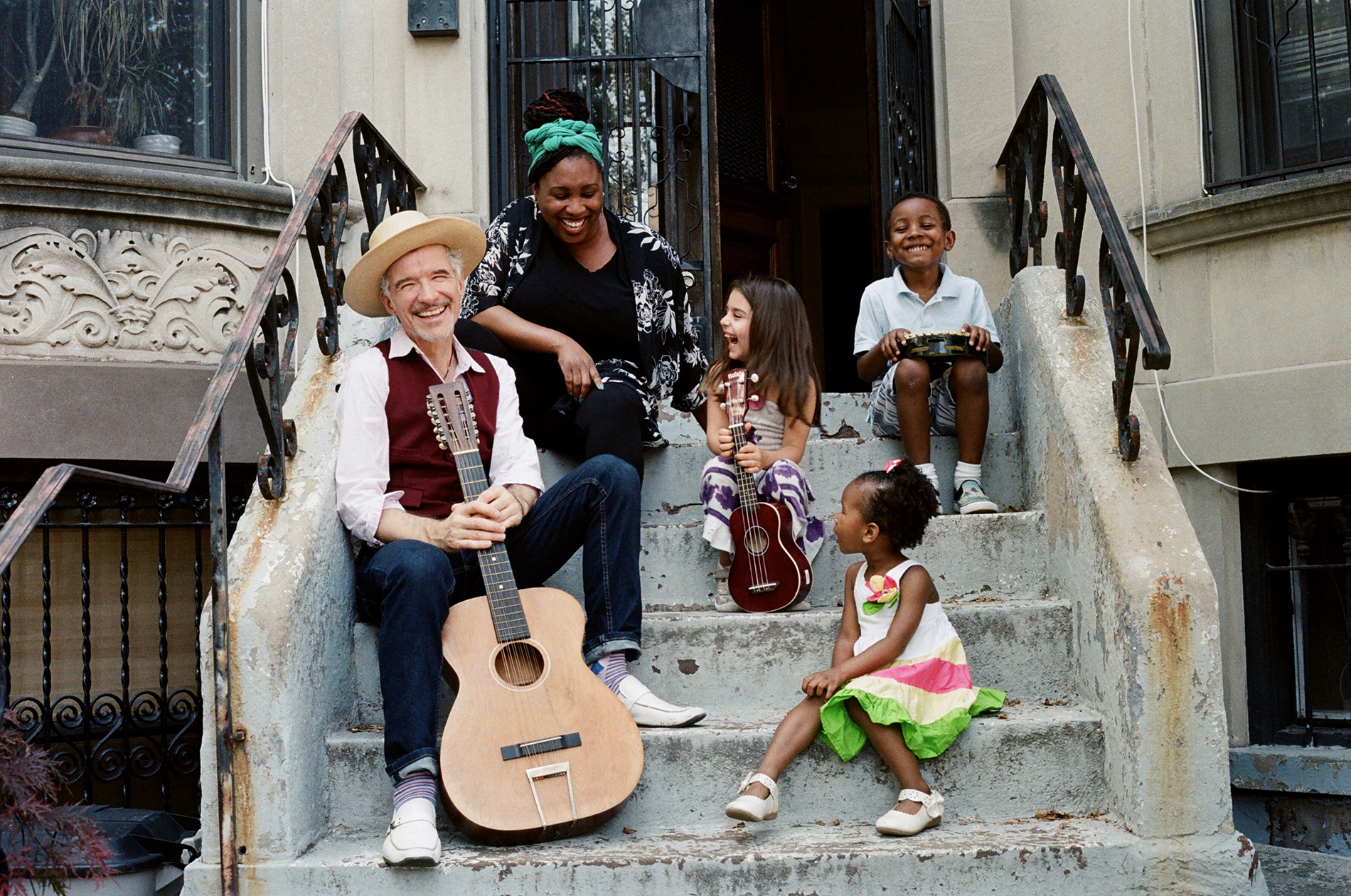 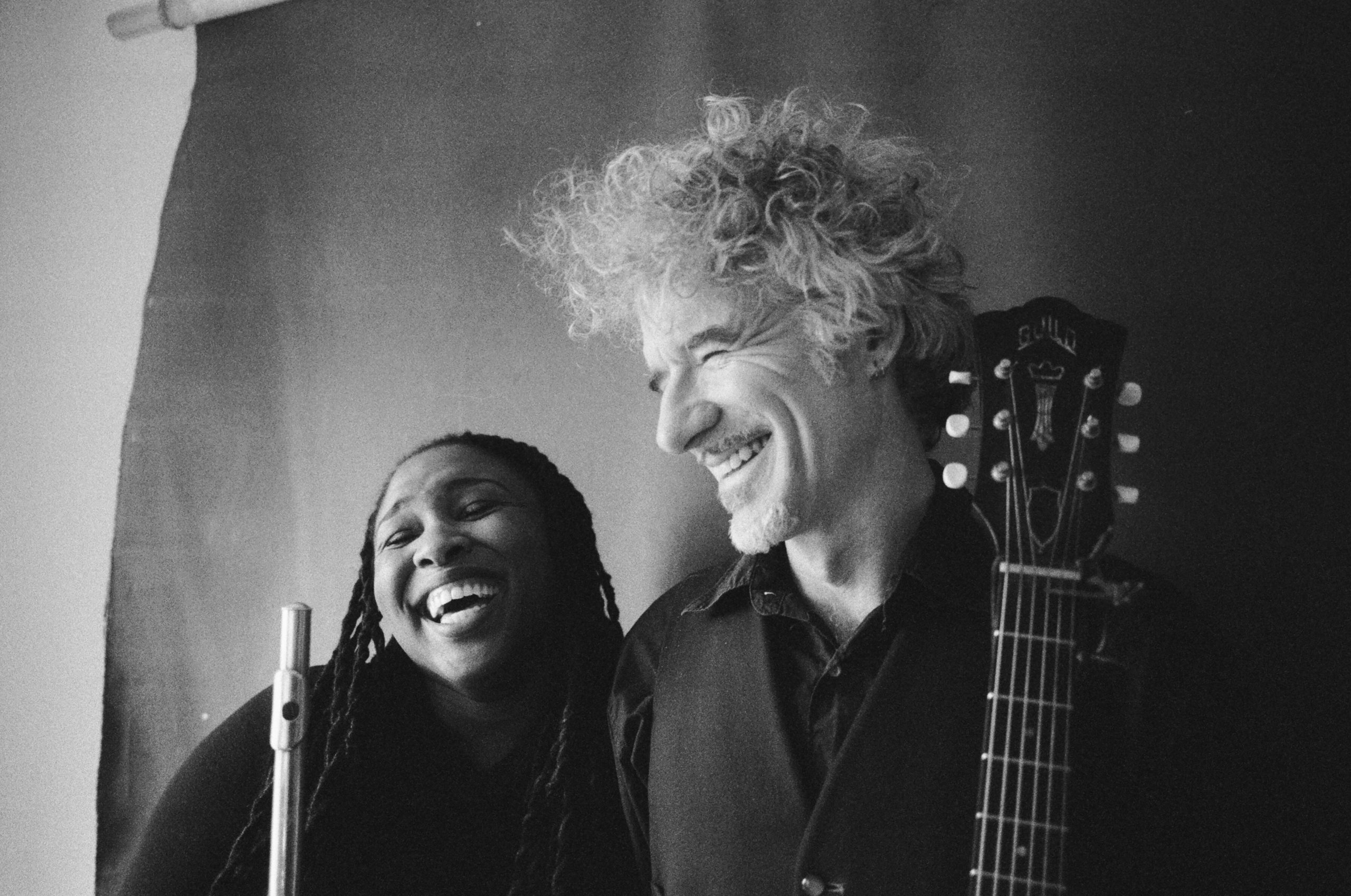 From thrift shop basements to Carnegie Hall, from Brooklyn to Bahrain, Zanes has been introducing new songs and reconnecting people to the forgotten music of the past. Referred to as “the family-music genre’s most outspoken and eloquent advocate” by Time magazine, his critically acclaimed music has been featured on Sesame Street, Playhouse Disney, Nickelodeon, HBO Family and Sprout. Over the course of 14 albums, 2 DVDs, 2 picture books, and dozens of videos, he has collaborated with Philip Glass, Lou Reed, Angelique Kidjo, Natalie Merchant, Carol Channing, Sharon Jones, Bob Weir, Debbie Harry, Rosanne Cash, The Blind Boys of Alabama, and many more.

In the 1980’s Zanes was a member of The Del Fuegos, a roots rock band who released several albums and toured heavily before spontaneously combusting in 1989. In 1994, he became a father and began trying to create music that he and his daughter could enjoy together as a shared experience, an updated version of the Folkways records he grew up on. In 2000, Zanes moved to Brooklyn and released Rocket Ship Beach, which became an immediate hit with families in America. NPR called him “The Gold Standard in kid’s music.”

In the fall of 2017, Dan and his wife, Haitian-American jazz vocalist/Music Therapist Claudia Zanes, premiered Night Train 57: A Sensory Friendly Comic Folk Opera at The Kennedy Center. They occasionally tour this show with Mexican percussion player-turned-comic actor Yuriana Sobrino. Night Train 57 is the first piece commissioned by The Kennedy Center to be created, from the beginning, as a Sensory Friendly experience. Dan and Claudia believe that sensory friendly is the future of family entertainment and have committed to presenting all of their various performances in this inclusive manner. The soundtrack to the show is now available digitally and on CD.

Recently, Dan and Claudia collaborated with illustrator Donald Saaf to make a songbook called Dan Zanes House Party: A Family Roots Music Treasury which was published by The Quarto Group in late 2018 to widespread acclaim from families, educators, and folk enthusiasts. Dan and Claudia tour constantly, bringing their soulful folk music to people of all ages throughout the U.S. and Canada.

In addition, Dan is a co-founder of Constructive White Conversation, an ongoing white anti-racist affinity group based in New York. He and his childhood best friend, Mike Feldstein, released an audio book in 2019 of personal essays about their experiences as white men called Tales of White Racism for Stoners, Upholsterers, Financiers, Cowgirls, and Others.

Haitian-American vocalist and music therapist Claudia Eliaza was not looking to add more to her already full schedule when she ended up, through a twist of fate, at a dining room sing-along in Dan Zanes’ Brooklyn home. This chance Labor Day meeting in 2016 put her on a path from Boston to Brooklyn via the Kennedy Center and cities throughout the U.S. and Canada. All along the way, she’s been combining performance and music therapy to create a new paradigm for joyful, inclusive, participatory performance.

Born in New Hampshire and raised in Northern California, Claudia’s desire to use music compassionately led her to the music therapy degree program at Berklee College of Music in Boston in 2005 where she worked with a spectrum of individuals through the life span — from children with special needs in public and private schools, to orphans and youth in Nairobi, to frail and well-elders in adult day health programs. During that time, Claudia gained a reputation for her innovative methods and creative mentoring.

In 2013, she became the Director of Music Therapy at the Community Music Center of Boston. Besides managing a thriving urban music program, she served as the facilities clinical supervisor for Berklee Music Therapy fieldwork students. Her model of community music therapy helped redefine how music is used clinically through the Center. Drawing on her foundation in performance, she used the power of music and therapy to focus on an individual’s abilities rather than disabilities while connecting different groups of people together to positively impact quality of life and creating a level playing field where all were valued equally.

During this time, Claudia’s gifts as a jazz vocalist had her touring near and far, including concerts in the U.S., England, Germany, Australia, New Zealand, Israel, and Kenya, Africa. She continues to appear extensively throughout Russia and has performed at a number of jazz festivals, including the Tong Jazz Festival, Jazz Fever Festival, and the Taimyr Cactus Jazz Festival.

Given all this, it’s no surprise that Claudia would eventually collaborate with Dan Zanes in the spirit of freewheeling, festive, community music making. In 2016, Dan invited her to join him at the Old Town School of Folk Music in Chicago for a sensory friendly family concert. The performance was a success and Eliaza suggested that if they were to continue singing together (something Dan was definitely wishing for) they should make every show sensory friendly, a decision that eventually led them to create Night Train 57: A Sensory Friendly Comic Folk Opera, the first theater piece for young audiences commissioned by the Kennedy Center to be developed as sensory friendly from the ground up.

In 2018, Claudia and Dan were married! And now she’s Claudia Zanes! She and Dan continue to perform throughout the U.S. and Canada often with vocalist Pauline Jean. They collaborated on the songbook Dan Zanes House Party: A Family Roots Music Treasury, which was published by The Quarto Group in December 2018.