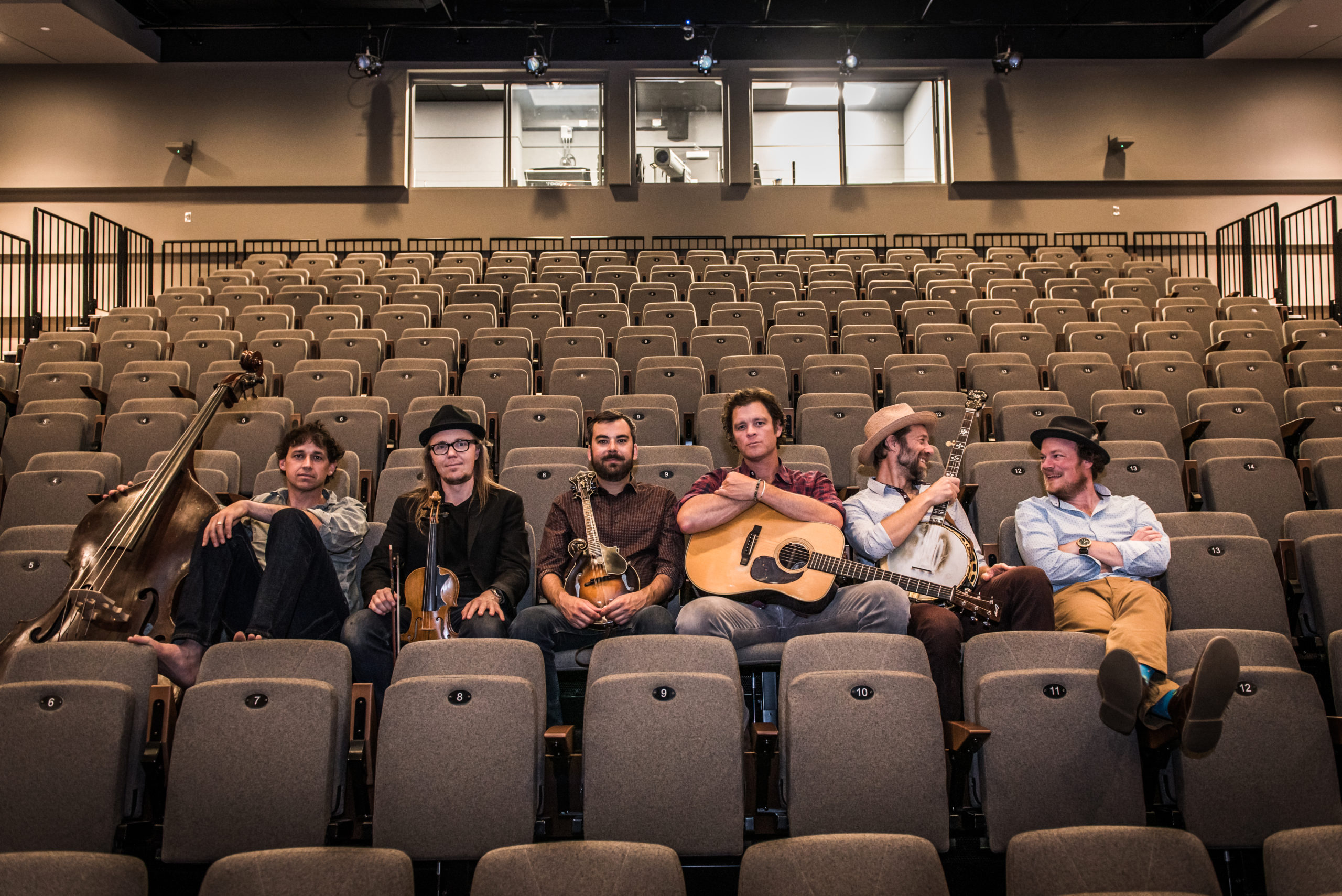 photo credit: Simchock
Livestreamed from the stage of the Schaefer Center for the Performing Arts!

Steep Canyon Rangers re-signed with Yep Roc Records in 2019. “It feels like coming home,” says [Graham] Sharp of the partnership. “The Yep Roc family was among the first to welcome Steep Canyon Rangers when we were just pups. As we’ve grown, so have they. We’re incredibly excited for the future and all the music it holds.”

Steep Canyon Rangers released three albums in 2020, all on Yep Roc Records. North Carolina Songbook is a recording of their live 2019 performance at Merlefest in Wilkesboro, NC, in which they performed a selection of songs by North Carolina songwriters (Ola Belle Reed, Doc Watson, James Taylor, Ben E. King, and others). Be Still Moses — perhaps their most singular musical partnership to date – has the band teaming with Philadelphia soul legends Boyz II Men and their hometown Asheville Symphony to completely overhaul the Rangers’ original “Be Still Moses,” which was first recorded on their 2007 breakout album Lovin’ Pretty Women. The album includes re-imagined versions of Steep Canyon’s previously released original songs performed with an orchestra. Their most recent release of all original music, Arm In Arm, came out in October. “Every song on Arm in Arm captures the North Carolina group’s innovative spirit, weaving in jazz, gospel, folk, and even rock phrases, creating an intimate and intricate sound that challenges, cajoles, and comforts.” (No Depression).

Steep Canyon Rangers have been on a journey that is uniquely their own. The band started in college at UNC-Chapel Hill, then dove head first into bluegrass in its most traditional form, and over the years has risen to the top of the bluegrass genre headlining top festivals such as Merlefest and Grey Fox Bluegrass. They were then discovered by Steve Martin, famous actor and banjo player. Martin has taken the Rangers on a nearly decade-long tour introducing them to hundreds of thousands of new fans and giving them prime time TV exposure. This has helped SCR become the most recognizable modern name in bluegrass music. Steep Canyon Rangers have continued to tour extensively on their own, without Martin, and expanded their genre into country and Americana with the addition of a drummer — alongside an incredibly versatile bassist – to accompany the original core band. The Rangers are big players in the bluegrass/country and Americana scene today. They are often compared to predecessors The Band, Nitty Gritty Dirt Band, and the modern Zac Brown Band.

This is a livestream. Just like a live show, you can only watch it on the date and time it takes place.

Closed captioning is not available for this event.

LOCATION: Online event; a private link to access the event will be emailed to all registrants both the day before and one hour prior to event. Please check your Spam folder or your Gmail Promotions tab to ensure delivery.
DATE/TIME: Thursday, March 11 at 8pm
FOR MORE INFORMATION: Contact the Box Office at
theschaefercenter@appstate.edu
800-841-2787 or 828-262-4046

Event is FREE, but registration is required. Online registration will close 3 hours prior to event. Late registrants must call the Box Office directly at 800-841-2787 or 828-262-4046.
REGISTER FOR EVENT HERE

A private link to access the event will be emailed to all registrants both the day before and one hour prior to the event. ***Please check your spam folder and Gmail Promotions tab if you do not receive the emails.***


A ticket to this event would typically cost between $25-$40. But thanks to the generous support of both corporate and individual sponsors like you, the Schaefer Center Presents is able to offer the spring series free of charge and continue to remain a strong and vibrant resource to our community. Please consider making a gift of any amount to help offset the cost of bringing this exciting artist to our series. 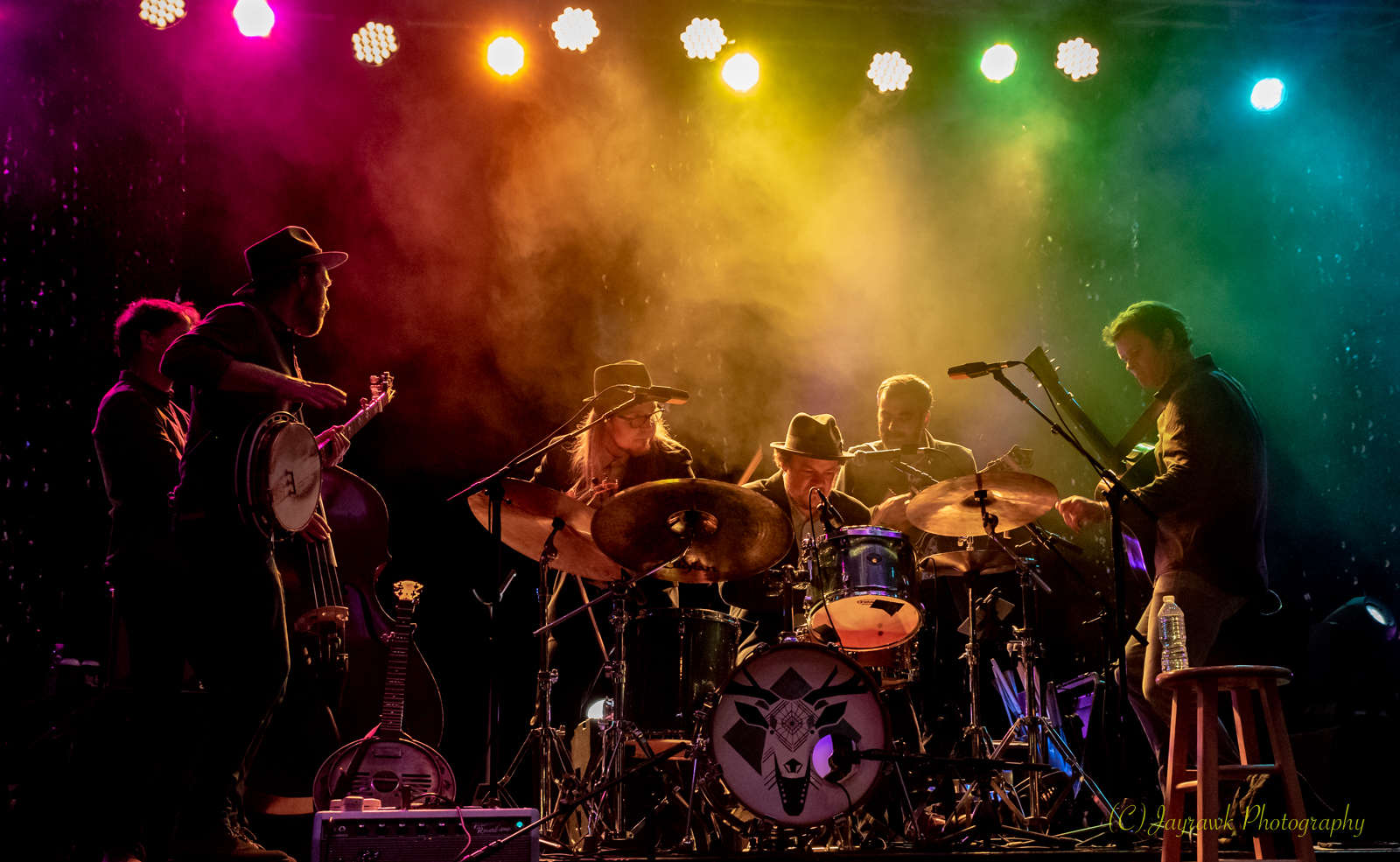 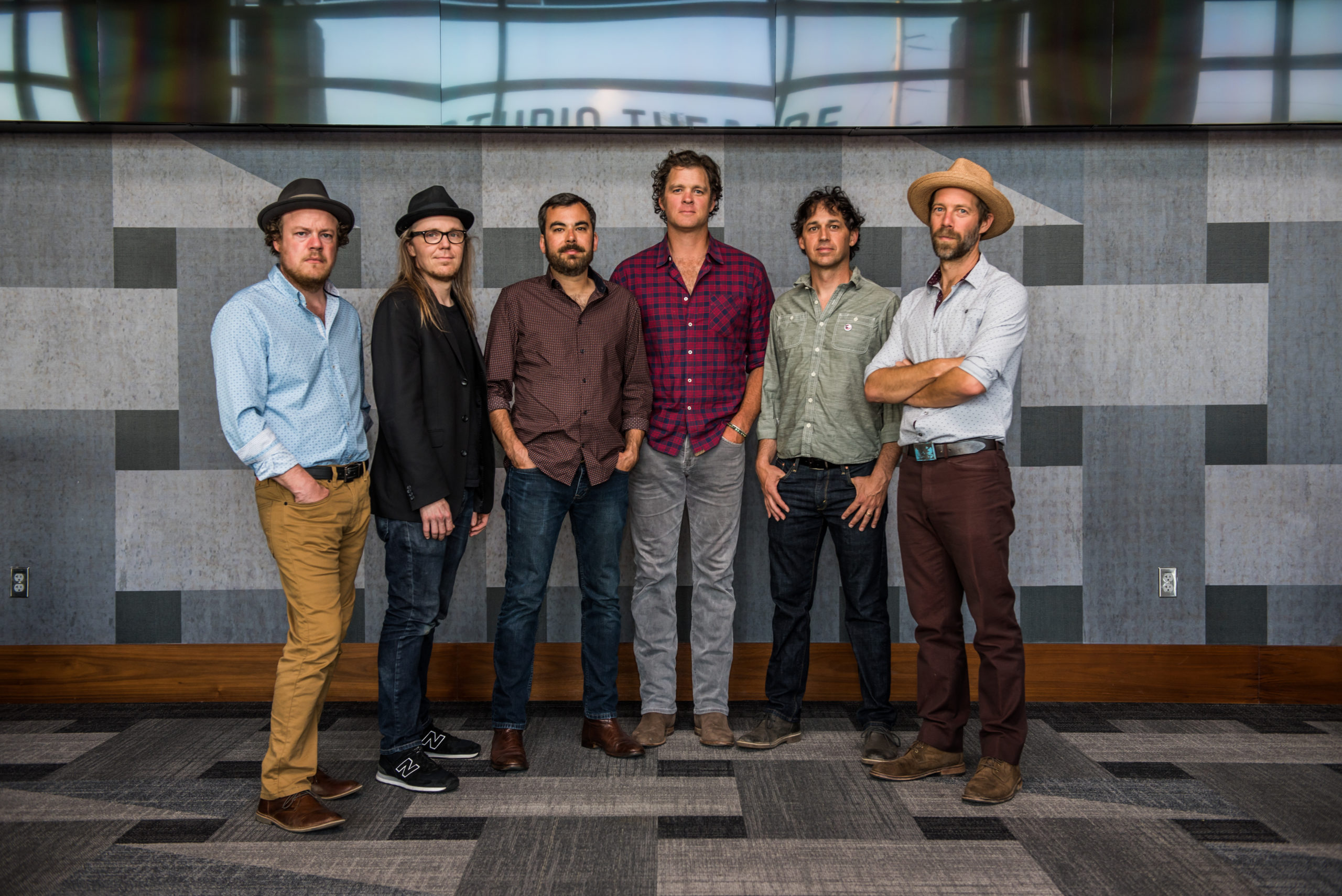 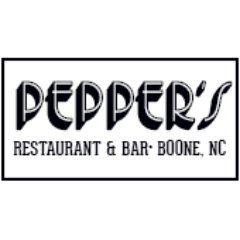