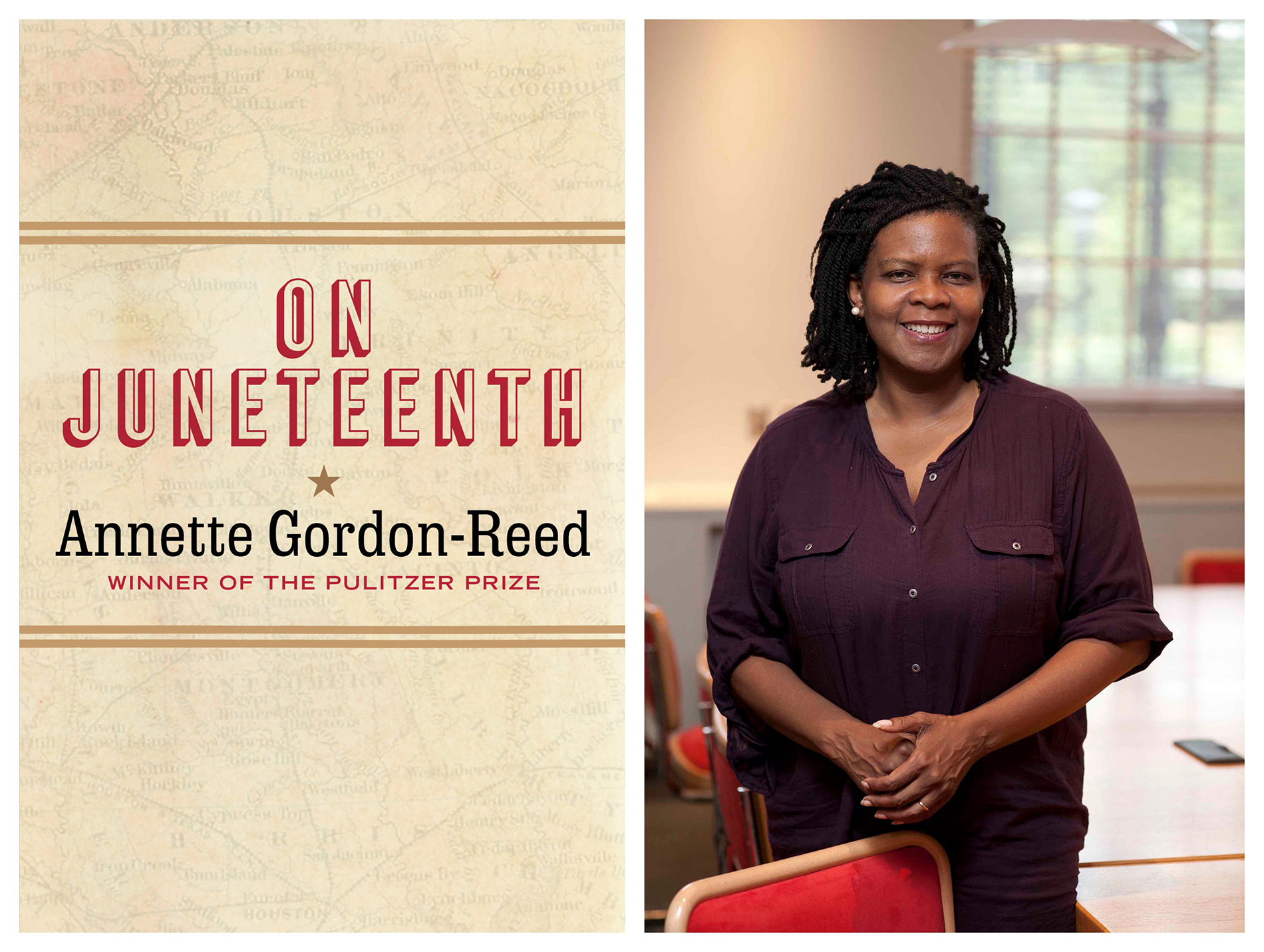 This event is co-sponsored by The Schaefer Center Presents series

Juneteenth is America’s vital new holiday, commemorating the end of slavery. ANNETTE GORDON-REED, the first Black person to win the Pulitzer Prize for History and MacArthur Genius, is one of the integral voices who helped Juneteenth officially enter our national conversation. Her book about this profound day—On Juneteenth—is a powerful, essential work of history that weaves together America’s past with personal memoir; it was named one of the best books of the year by the Washington Post, TIME, and NPR. The New York Times said Annette is “one of the most important American historians of our time”: she is revealing an incredibly important historical story that no one has told but that everyone needs to learn.

There is perhaps no one more qualified than Pulitzer-Prize winning historian Annette Gordon-Reed to tell the sweeping story of Juneteenth. In her searing new book, the Texas native chronicles both the state, and the country’s, long road to Juneteenth—and the many hardships that African-Americans have endured in the century since, from Jim Crow and beyond.

Gordon-Reed expertly weaves together her own family’s chronicle—she is a descendent of enslaved people brought to Texas as early as the 1820s—alongside the wider context of American history. It is this combination of poignant personal anecdotes and powerfully demonstrative facts that make Gordon-Reed’s account so vital, stirring, and eloquent.

As our nation verges on recognizing June 19 as a national holiday, On Juneteenth is both an essential account and a stark reminder that the fight for equality is exigent and ongoing. This meaningful and personal talk, based on the book, breathes new life into the historical events that have led us to this moment—and illuminates a new path forward.

Annette Gordon-Reed is a Professor of History in the Faculty of Arts and Sciences at Harvard University, the Carl M. Loeb University Professor at Harvard Law School, and the award-winning author of six books. Her latest book, On Juneteenth, sets out to capture the integral importance of the holiday to American history. It quickly became a New York Times bestseller, was featured on the magazine’s 100 Notable Books list, and chosen as one of its the top five non-fiction books of the year. When President Joe Biden finally signed into law a bill that established Juneteenth as a federal holiday—the culmination of a decades-long effort—Gordon-Reed was among those invited to witness the historic moment. “I think it will be good for the country to have a day to reflect on slavery and the end of slavery,” Gordon-Reed said.

In her earlier piece “Growing Up with Juneteenth,” written for The New Yorker, Gordon-Reed recounts how the Texas holiday became a national tradition: “When I was a little girl, in Texas, I thought Juneteenth belonged to us, meaning to the state of Texas generally and to Black Texans specifically,” she starts, before going on to recount the disconnect between “freedom” in legal terms versus lived reality, the unfulfilled promise of the Declaration for Black Americans, and the horrors they have had to endure even after the Emancipation Proclamation. Impassioned, moving, and articulate, On Juneteenth is an even deeper, more personal recollection—a captivating blend of memoir and history that explores the violence and oppression that preceded and followed this celebration, what it means to us now, and how it relates to our larger fight for equality.

Gordon-Reed is also the author of The Hemingses of Monticello: An American Family, which won the Pulitzer Prize in history and the National Book Award for nonfiction—along with 14 other awards. It explores the inconsistencies of Jefferson’s stance on slavery and his relationship with enslaved woman Sally Hemings, and has been called “the best study of a slave family ever written” by noted Jefferson scholar Joseph Ellis. Her other books include Thomas Jefferson and Sally Hemings: An American Controversy—a rich examination of scholarly writing on the relationships between Jefferson and Hemings, which exposes the possibility that scholars were misguided by their own biases and may even have contorted evidence to preserve their preexisting opinions of Jefferson. Her other book, “Most Blessed of the Patriarchs:” Thomas Jefferson and the Empire of the Imagination, presents a provocative character study of Jefferson that challenges much of the scholarly status quo on his portrayal throughout history. Gordon-Reed’s upcoming title, A Jefferson Reader on Race, is set to be published in 2022.

Her honors include the National Humanities Medal (awarded by President Barack Obama), a Guggenheim Fellowship, and a MacArthur Fellowship. Gordon-Reed was also elected a Fellow of the American Academy of Arts and Sciences, and is a member of the Academy’s Commission on the Humanities and Social Sciences. In 2019, she was elected a Member of the American Philosophical Society.

The University Forum Committee is responsible for bringing external speakers to the campus of Appalachian State University.

The University Forum Lecture Series is one of the longest-running such series at Appalachian State University and it provides opportunities for the students, faculty, and staff at the university and for people in the surrounding region to hear some of the most stimulating speakers in the country.