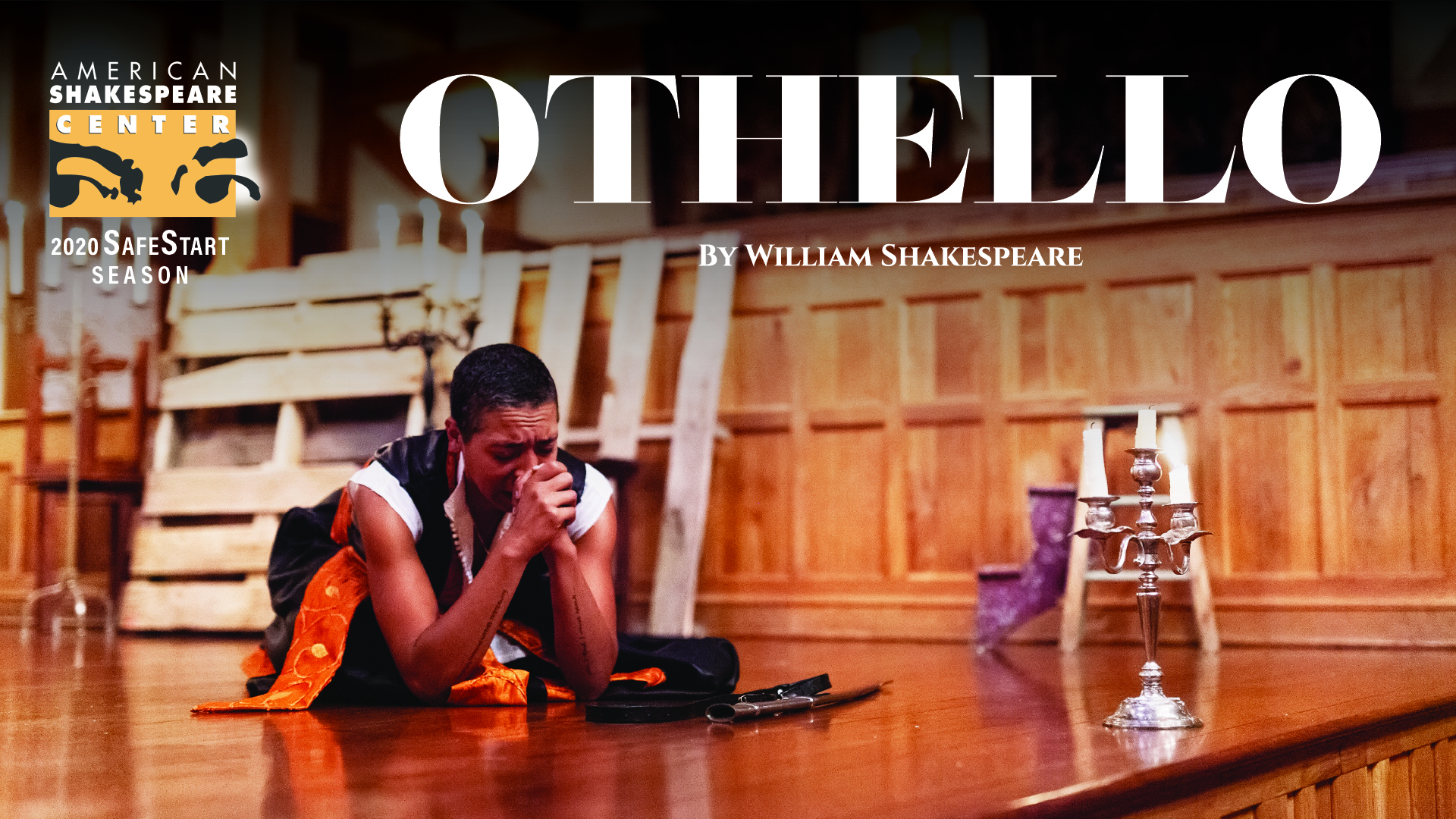 Envious machinations and evil intentions take hold in American Shakespeare Center’s Othello, live streaming on Friday, Oct. 9 at 7pm. The show will be shot in 3-camera cinema-quality and presented live from the stage of the Blackfriars Playhouse.

Directed by celebrated ASC Artistic Director Ethan McSweeny, this stunningly relevant production of Shakespeare’s tragedy of racism and jealousy promises to bring audiences to the edge of their seats. Acclaimed actress Jessika D. Williams, who has won a cult following from her appearance on the popular television series Doctor Who, appears in the title role of Othello. Opposite Williams is veteran actor-manager John Harrell as the malevolent Iago. It’s a struggle between good and evil when these two titanic talents square off.

BlkFrs LIVE offers Schaefer Center Presents audiences synchronized live viewing of ASC’s new production of Othello. The comprehensive “Virtual Tour” program is designed to make it possible for people to experience the joy of Shakespeare in performance and the magic of the Blackfriars Playhouse from far away.

The American Shakespeare Center’s productions are intimate in scale, yet epic in scope. The company utilizes Shakespeare’s staging conditions (universal lighting, minimal sets, character doubling, cross-gender casting, and live music) to blend Shakespeare’s stagecraft with a modern sensibility. This engaging approach to the work of Shakespeare and his contemporaries is what led the UK Telegraph to call ASC “one of the most accomplished Shakespeare companies in the United States.”

LOCATION: Online event; a private link to access the performance will be sent to registrants 24 hours and 1 hour prior to event
DATE/TIME: Oct. 9. The BlkFrs LIVE stream goes live at 7PM (ET) the day of the show. Pre-show music will begin at 7:15PM; the show itself starts at 7:30PM.
ASC DIGITAL PROGRAM for Othello: Click HERE to view program
FOR MORE INFORMATION: Contact the Box Office at
theschaefercenter@appstate.edu
800-841-2787 or 828-262-4046

Education and Outreach: In keeping with our educational mission, the Schaefer Center Presents series is proud to offer special workshops in conjunction with the presentation of Othello for select classes in the Dept. of Theatre & Dance. 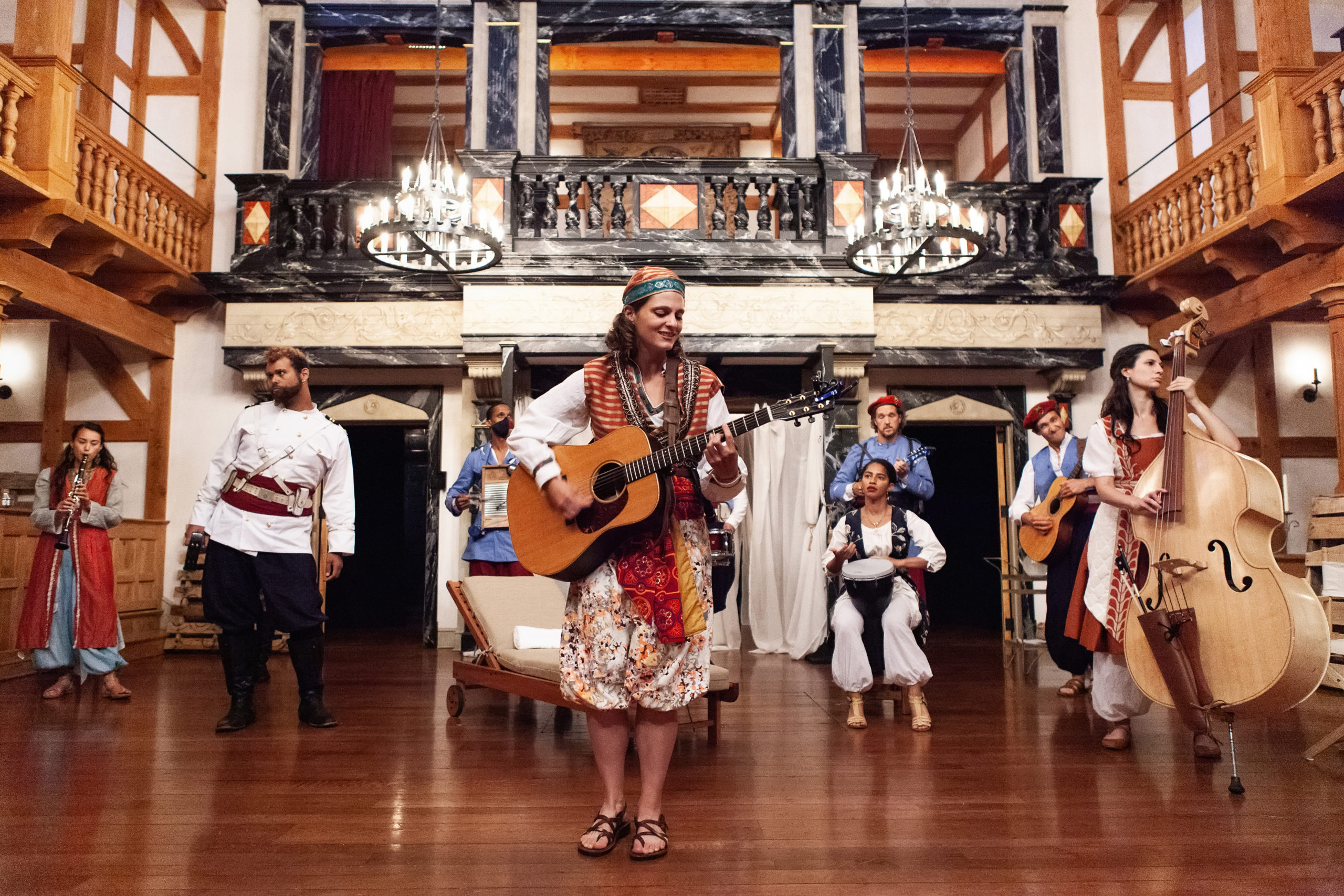 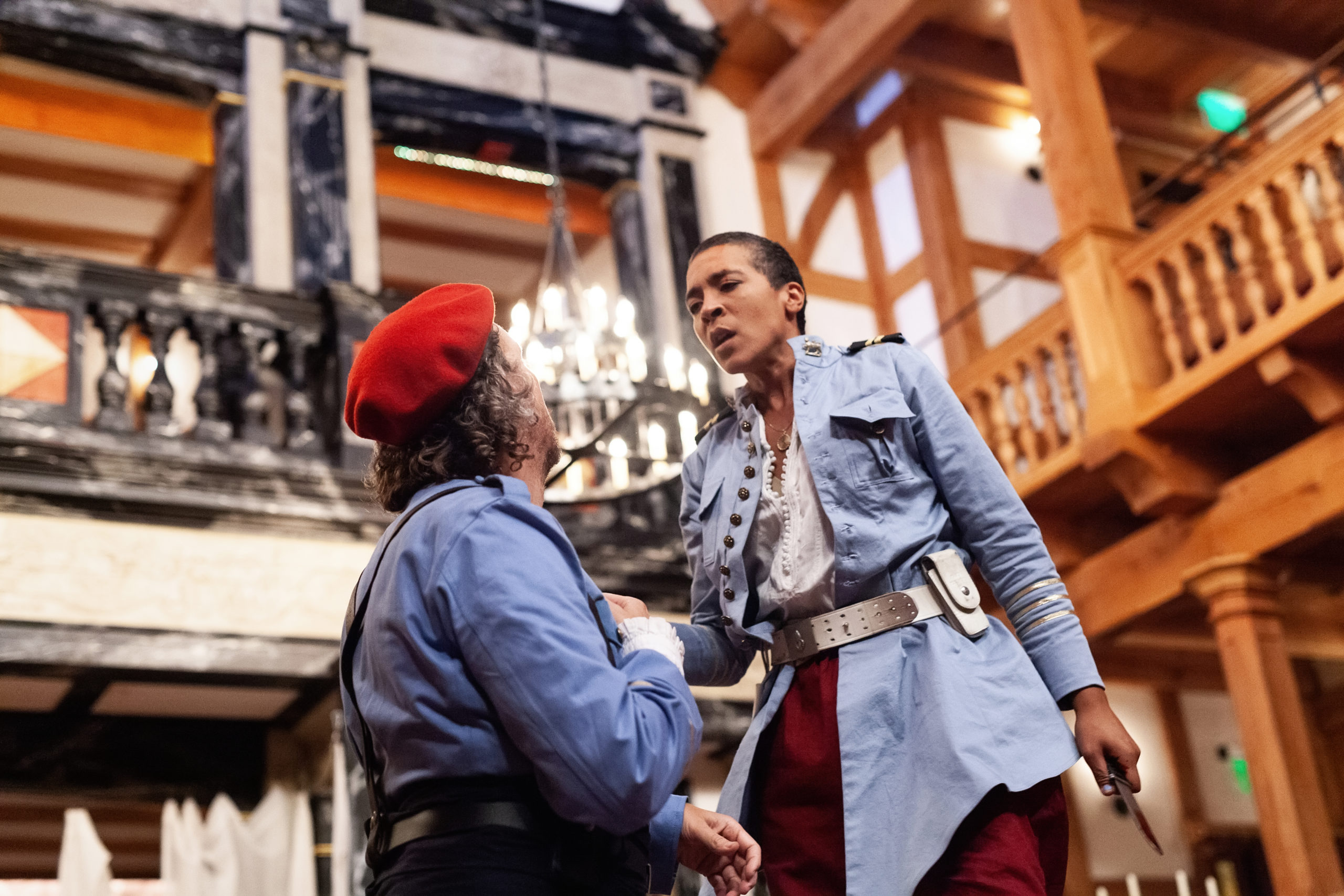 The American Shakespeare Center recovers the joys and accessibility of Shakespeare’s theatre, language, and humanity by exploring the English Renaissance stage and its practices through performance and education. Year-round in Staunton’s Blackfriars Playhouse — the world’s only re-creation of Shakespeare’s indoor theatre — ASC’s innovative programming and “shamelessly entertaining” (The Washington Post) productions have shared the delights of Shakespeare, modern classics and new plays with millions over the past 30 years. Beyond the Playhouse, ASC is a hub for Shakespeare education and scholarship and tours nationally from Texas to Maine each year with a repertory of three plays. Founded in 1988 as Shenandoah Shakespeare Express, the organization became the American Shakespeare Center in 2005 and can be found online at www.americanshakespearecenter.com and on Facebook, Instagram, and Twitter. ASC programming is sponsored in part by the Community Foundation of the Central Blue Ridge, the Tony Randall Theatrical Fund, The Shubert Foundation, the Virginia Commission for the Arts, and the generosity of the 2,358 donors who supported ASC during the Covid-19 closure.