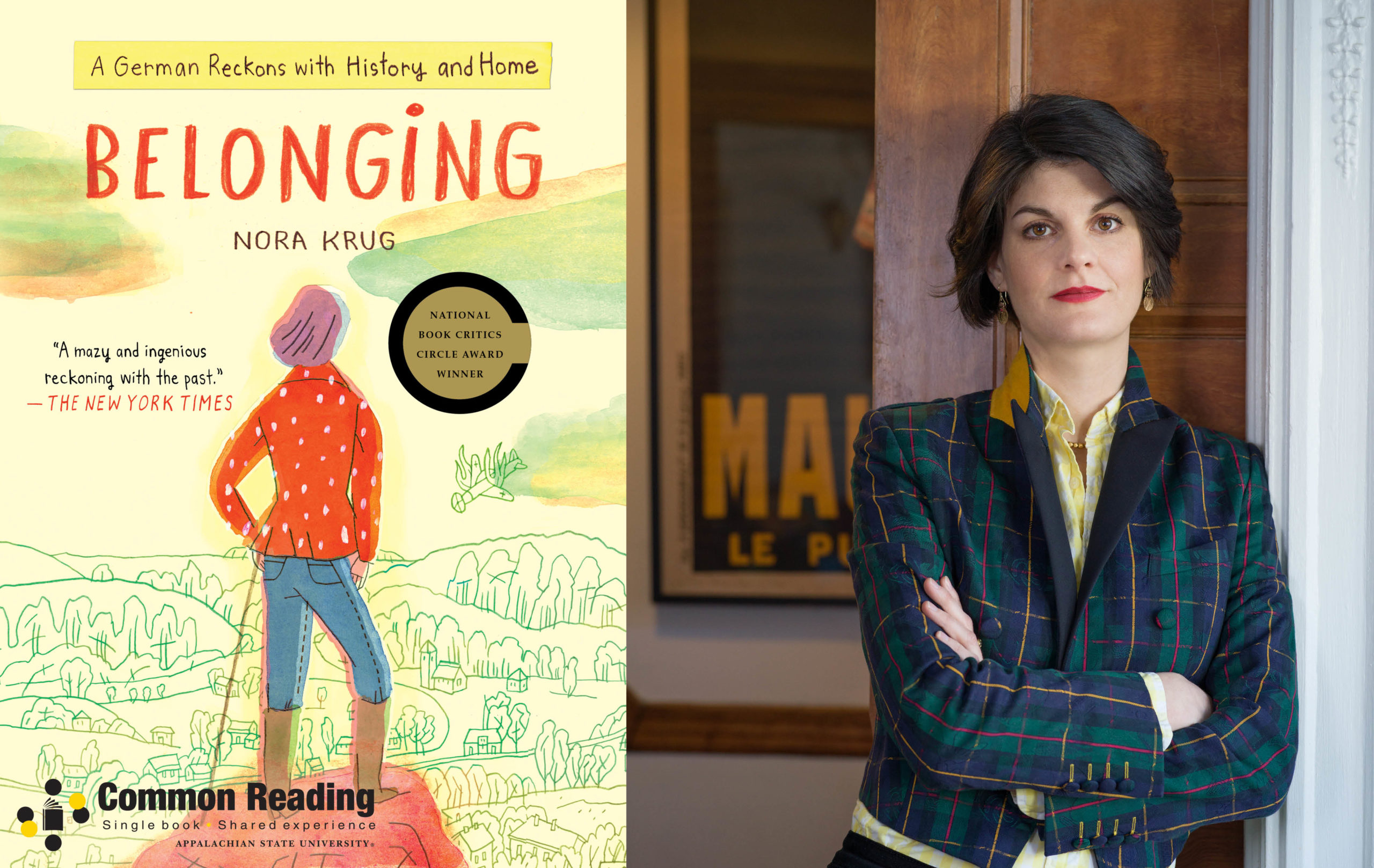 This “ingenious reckoning with the past” (The New York Times) by award-winning artist Nora Krug investigates the hidden truths of her family’s wartime history in Nazi Germany.

FREE LIVESTREAM:
Tuesday, Sept. 14, 2022 | 7pm
The event will be available to view indefinitely after the original showing.

Nora Krug was born decades after the fall of the Nazi regime, but the Second World War cast a long shadow over her childhood and youth in the city of Karlsruhe, Germany. Yet she knew little about her own family’s involvement; though all four grandparents lived through the war, they never spoke of it.

After 12 years in the US, Krug realizes that living abroad has only intensified her need to ask the questions she didn’t dare to as a child. Returning to Germany, she visits archives, conducts research, and interviews family members, uncovering in the process the stories of her maternal grandfather, a driving teacher in Karlsruhe during the war, and her father’s brother Franz-Karl, who died as a teenage SS soldier. In this extraordinary quest, “Krug erases the boundaries between comics, scrapbooking, and collage as she endeavors to make sense of 20th-century history, the Holocaust, her German heritage, and her family’s place in it all” (The Boston Globe). A highly inventive, “thoughtful, engrossing” (Minneapolis Star-Tribune) graphic memoir, Belonging “packs the power of Alison Bechdel’s Fun Home and David Small’s Stitches” (NPR.org).

Nora Krug is a German-American author and illustrator whose drawings and visual narratives have appeared in publications including The New York Times, The Guardian, Le Monde diplomatique and A Public Space, and in anthologies published by Houghton Mifflin Harcourt, Simon and Schuster and Chronicle Books. Krug is a recipient of fellowships from Fulbright, the John Simon Guggenheim Memorial Foundation, the Pollock-Krasner Foundation, the Maurice Sendak Foundation, and others. Her books are included in the Library of Congress and the Rare Book and Manuscript Library at Columbia University. Krug was named Moira Gemmill Illustrator of the Year and 2019 Book Illustration Prize Winner by the Victoria and Albert Museum. Her visual memoir Belonging: A German Reckons with History and Home (foreign edition title Heimat) was chosen as a best book of the year by the New York Times, The Guardian, NPR, Kirkus Review, the San Fransisco Chronicle, and the Boston Globe. It was the winner of the 2019 National Book Critics Circle Award (Autobiography Category), of the Lynd Ward Graphic Novel Prize, the Art Directors Club gold cube and discipline winner cube, and the British Book Design and Production Award, among others. Krug’s illustrations have been recognized with medals from the Society of Illustrators. Her visual biography, Kamikaze, about a surviving Japanese WWII pilot, was included in Houghton Mifflin’s Best American Comics and Best Non-Required Reading, and her animations were shown at the Sundance Film Festival. Krug is Associate Professor of Illustration at the Parsons School of Design in New York City.