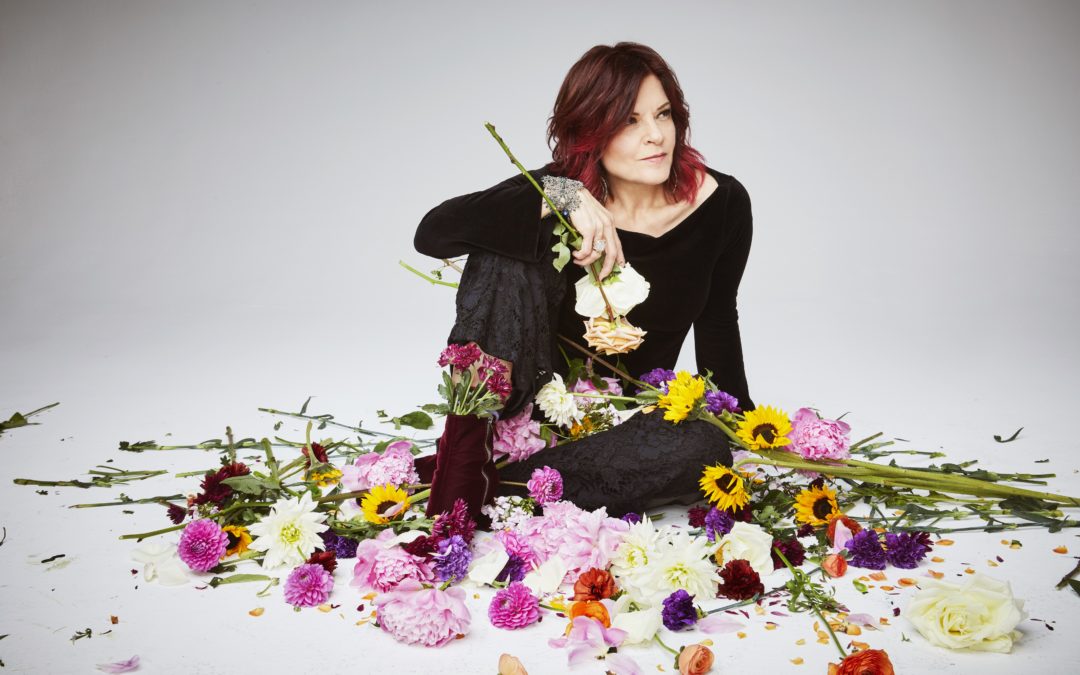 BOONE, NC — The Schaefer Center Presents series, presented by Appalachian State University’s Office of Arts and Cultural Programs, welcomes award-winning singer-songwriter Rosanne Cash to Boone on Saturday, April 9 at 7pm. The iconic Americana artist will close out the 2021-22 season with a concert spanning new songs (“Crawl into the Promised Land”), revered classics (“Seven Year Ache”) and all the memories in between. For tickets and more information, visit TheSchaeferCenter.org or contact the Box Office at 828.262.4046.

Cash, a prized member of country music royalty, has released 15 albums of extraordinary songs that have earned four Grammy Awards and 12 nominations, as well as 21 Top 40 hits, including 11 chart-topping singles. Her acclaimed 2018 release, She Remembers Everything, a poetic, lush, and soulful collection of songs, marked a return to more personal songwriting after a trio of albums that explored her southern roots and family heritage — including 2014’s triple Grammy-winning masterpiece, The River & the Thread, and 2009’s The List (a list of songs given to her by her famous father, Johnny). Her 2020 single, “Crawl into the Promised Land,” was penned as a scathing yet hopeful ode to the resilience of the human spirit amid all the emotions of that unprecedented year. She has most recently written lyrics for an upcoming stage musical inspired by the 1979 film Norma Rae with husband and composer John Leventhal and book-writer John Weidman.

Initially created to promote She Remembers Everything, Cash’s current tour was among the slew of live events shuttered in early 2020. It resumed late last year, albeit in an environment that both artists and audiences are still getting used to. Cash is reflective post-pandemic. Following a performance at the Mayo Performing Arts Center in New Jersey in November 2011, she acknowledged that while shows have not sold out, her “motto is we play for those who come, not for those who didn’t come.”

Adding to an already exemplary resume, Cash is the author of four books, including the best-selling memoir Composed, which the Chicago Tribune called “one of the best accounts of an American life you’ll likely ever read.” Her essays have appeared in The New York Times, Rolling Stone, Oxford American, The Nation, and many more print and online publications. Bird on a Blade combines images by acclaimed artist Dan Rizzie with strands of lyrics from a variety of Cash’s songs.

Cash was awarded the SAG/AFTRA Lifetime Achievement Award for Sound Recordings in 2012 and received the 2014 Smithsonian Ingenuity Award in the Performing Arts. She was a Carnegie Hall Perspectives artist in the 2015–2016 season and also served as a 2015 artist-in-residence at the Country Music Hall of Fame and Museum in Nashville. That same year, she was inducted into the Nashville Songwriters Hall of Fame. In 2017–2018, she was a resident artistic director at SFJAZZ. Last year, Cash was awarded with the “Spirit of Americana” Free Speech Award by the Americana Music Association and received an honorary doctorate degree from the Berklee College of Music. She also became the 61st Edward MacDowell Medal recipient, awarded since 1960 to an artist who has made an outstanding contribution to American culture. The first woman to win the medal in composition, working in Americana, rock, blues, folk, and pop, she joins a revered group of recipients who include Thornton Wilder (1960), Georgia O’Keeffe (1972), Toni Morrison (2016), and composers Aaron Copland (1961) and Stephen Sondheim (2013).

About “The Schaefer Center Presents”
“The Schaefer Center Presents” is a series offering campus and community audiences a diverse array of music, dance and theatre programming designed to enrich the cultural landscape of the Appalachian State University campus and surrounding area. By creating memorable performance experiences and related educational and outreach activities, the series promotes the power and excitement of the live performance experience; provides a “window on the world” through the artistry of nationally and internationally renowned artists; and showcases some of the finest artists of our nation and our region. Musical events range from symphony orchestra and chamber music performances to jazz, folk, traditional, international, and popular artists. Theatre productions run the gamut from serious drama to musical comedy. Dance performances offer an equally wide array of styles, from ballet to modern dance to international companies representing cultural traditions from around the world. For more information, visit http://theschaefercenter.org.