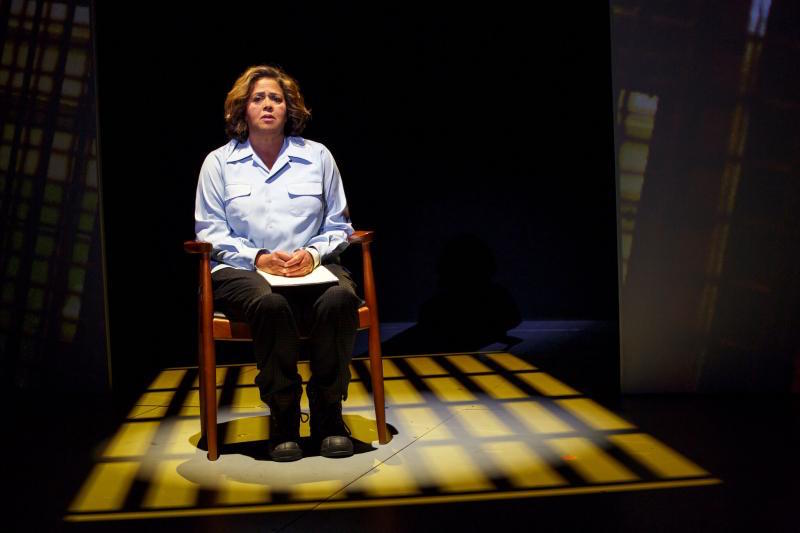 Winner of multiple Drama Desk Awards for her plays – and her solo performances in them – Anna Deavere Smith has forged a unique synthesis from her skills as a playwright, actress, journalist, and teacher. Her groundbreaking monologues, Fires in the Mirror (1992) and Twilight: Los Angeles 1992 (1994), were skillfully edited from hundreds of interviews that Smith taped with people involved in two distinctively American events, the Crown Heights race riots of 1991 and the Los Angeles rioting of 1992 that followed the acquittal of police officers who had brutally beaten Rodney King. After compacting the taped interviews into taut monologues, Smith channeled each of her characters in performances of carefully crafted mimicry. In artfully distilling the essence of her characters, Smith cumulatively distills us with her art in a fascinating, unique way.

On a webcast presented by The Schaefer Center for Performing Arts at Appalachian State University, “An Evening with Anna Deavere Smith: Reclaiming Grace in the Face of Adversity,” Smith came onscreen in a way that freshly meshed theatre, lecture, pedagogy, and discussion. Dr. Paulette Marty, a theatre arts professor at App State, introduced Smith, instantly departing from normal theatre presentation. Marty and Smith joined in laying the groundwork for the evening’s theme, chosen so aptly in the face of earth-shattering events that have rocked us all in the past year – for Smith had prologues of her own that preceded each of her three extended portraits. Of course, such a video conference would be a staid affair in 2021 without a stream of chatter rolling along the margin of our screens. Viewers of this free webstream had a chatroom for making comments – and afterwards, as Marty interviewed Smith, the professor lifted some of her questions from that chatline.

Apparently, a side benefit of all of Smith’s research is all the prime leftovers she can deliver from those hundreds of interviews. For her rendezvous with App State, to which she linked live from New York, Smith had distillations of interviews she had taped while researching Let Me Down Easy (2008). These dated back to the aftermath of Hurricane Katrina in 2005 and included sitdowns with Bryan Stevenson, founder of the Equal Justice Initiative, and the late Congressman John Lewis, who walked alongside Dr. Martin Luther King in the famed 1965 Selma March.

Before these well-known figures, Smith introduced us to Kiersta Kurtz-Burke, a white physician who worked at a charity hospital in New Orleans in the midst of the Katrina disaster. Smith wove together two strands of the Kurtzberg interview in crafting her monologue, a description of the “worst asshole” she had run across in her hospital work, followed by recollections of her patients’ cynical stoicism during the Katrina ordeal. That worst person turned out to be a doctor who was her superior: he not only demonstrated absolute coldness and distaste toward his patients, but when Kurtzberg called him out on his poisonous attitude, he declared that she would inevitably come to feel the same way in time. When Katrina inundated New Orleans, Kurtzberg watched the city’s reaction unfold as private hospitals were evacuated and the charity hospital was abandoned. Worse, they opened the levees on that part of town in order to save the more valuable real estate. It was not only revelatory to Kurtzberg that her patients, overwhelmingly Black, would be treated with such disregard and disdain, but also that these unfortunates were not at all surprised, telling her in advance that the unthinkable would happen.

If we thought that these were the darkest perceptions we would need to entertain, Smith’s portrait of Bryan Stevenson proved us wrong. Since founding the Equal Justice Initiative, Smith reminded us, Stevenson has opened the National Memorial for Peace and Justice in Montgomery, commemorating nearly 4,400 victims of “racial terror lynchings” between 1877 and 1950. What Smith then concluded about America is piercing, damning, and true – more indelibly now since January 6: we are a post-genocidal society. Smith’s interview with Stevenson spotlighted a failed attempt to obtain a stay of execution for a prisoner on death row who was intellectually disabled. This is the kind of work Stevenson has dedicated his career to performing, as well as the famed case, exonerating a wrongly convicted murderer, that became the cornerstone of his memoir, Just Mercy, and the film derived from that book. The question that Stevenson repeatedly asked in court with respect to the intellectually disabled, “Why do we kill broken people?” morphed into another question when the Supreme Court rejected his appeal at the eleventh hour. “Why do I do this?” His self-reflection yielded a brutally honest answer, “Because I’m broken, too.” This realization was illuminated by a childhood memory of the frustration, violence, and humiliation that broke out when he, his mother, and the Black community stood in line – at the back of the line – waiting to be vaccinated for polio. Like his mom, Stevenson concluded, he was seeking a way not to be silent about this perennial brokenness.

The portrait of Congressman Lewis, eulogized just last summer by three former American presidents at Ebenezer Baptist Church, was the most hopeful and conciliatory in Smith’s trilogy. “Brother” also featured the most rewarding stretch of Smith’s acting skills as she adapted Lewis’ slow, distinctively accented drawl. He spoke of his yearly pilgrimage to Selma, a ritual that included stopovers in Birmingham and Montgomery, but unexpectedly, the moments of grace that he gleaned from this commemoration shone a spotlight on White people upstaging him. The first was the current Montgomery police chief, who publicly apologized for the beating that his department had inflicted upon him decades earlier. It was the first such apology that Lewis could remember. What touched Lewis equally was that the police chief took off his badge and offered it to him. Then the moments of grace, for when Lewis answered, “I cannot accept your badge – I’m not worthy.” The chief insisted, saying, “I can get another.” An additional opportunity to forgive came to Lewis after an event that had happened even longer ago, on May 9, 1961, when the future Congressman was brutalized in Rock Hill. The son of one of those cops came to Lewis’ office to ask for forgiveness, and Lewis granted it immediately. They hugged, called each other brother, and by Lewis’ count, met 49 times afterwards.

While the post-performance discussion wasn’t my prime reason for attending, it provided a soft landing from the heights of Lewis’ moments of grace and a chance to hear some of Smith’s views head-on. Among the topics she tackled so ably, in response to Marty’s probing and pertinent questions, were the pathology of America’s police, the media’s addiction to big pharma and the auto industry, the plight of Black artists, the need for a public health rethink, and the enduring need for theatre now and post-pandemic. She even dropped a suggestion on Marty, App State, and academia to deal with our times. “You might laugh,” she said, “but we need a department of kindness.” Out of nowhere, there was a religious distinction to be made. “Jesus wasn’t nice. He was kind.”